You are here: Home / Blog / Miscarriage and Baby Angels 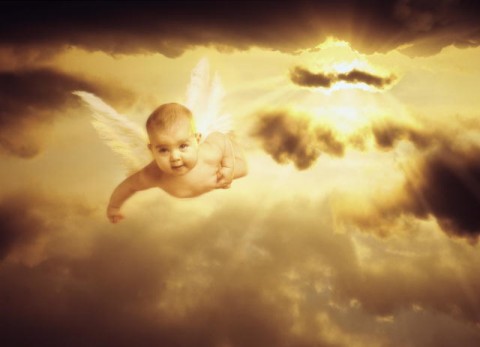 Losing a baby is one of the saddest experiences for a woman to endure at a time that is supposed to be so happy. Having gone through all the tests and being told that all the reproductive organs are working perfect; having a pregnancy end in miscarriage can be quite an emotional shock. That is exactly what happened when I suffered a miscarriage at 16 weeks. We couldn’t imagine what went wrong, but later learned just how common miscarriages happen. We were lucky to later be blessed with two beautiful and healthy babies, but we’ll never forget the little angel that awaits us in heaven. Just know that you’re not alone if you have a miscarriage; so many parents have a baby angel or angels waiting for them in heaven. Miscarriage in early pregnancy is common. Studies show between 10% and 20% of women experience miscarriages some time before 20 weeks of pregnancy. The actual rate of miscarriage is even higher since many women have very early miscarriages without even knowing they were pregnant. One study that followed women’s hormone levels daily to detect very early pregnancy found a total miscarriage rate of 31%. There is also research indicating that 70% of fertilized eggs may never go on to become a full-term pregnancy. It’s not as grim as it sounds though, if you already know you’re pregnant, your risk of miscarrying before 20 weeks is probably somewhere between 10% and 20%, which is not high at all. The rates of miscarriage are highest in the first 12 weeks (the first trimester). Of course age must also be factored into the equation with risk increasing after the age of 35 and so on. A miscarriage is usually nature’s way of terminating a fetus that is not healthy. Rather than worry about what could happen think positive, eat healthy, take your prenatal supplements and be sure to see your OB/GYN regularly – a better way to think about it is to remember that there is close to a 90% chance that everything will be just fine!

Please feel free to share your “baby angel” experiences. If you found something that helped you and you think it could help someone else cope a little easier we’d love to post it here. Just click on “Comment” above.

eStores
If you have a Pay Pal Acc't
You Can Sell Our Designs
Just 3 Easy Steps...
We Drop Ship!
CONTACT US

Sweet child of my dreams…
destined never to part.
No love is held dearer…
than in a mother’s heart.
~ By Georgene © ~

Treasure the moments of motherhood they slip through our fingers so fast. Don't ever take them for granted... for babies, like moments don't last!
~ By Georgene © ~

Though I have a jewelry box filled with gems galore... my children are my most priceless jewels, my wealth...my hearts treasure.
~ By Georgene © ~